Let's Party in the Yukon!!

A party in the Yukon?  Do you even know where the Yukon is?  You most likely don't.  Neither did I.

After a night of throwing back the booze and shishkabobs, i was getting hungry for some breakfast.  Thank god for Bob!  He was one of the guys who had his tent up next to ours in the campground.  Last night, Bob cooked me some spaghetti with caribou meatballs.  I wasnt' expecting to roll into town at 10pm to that kind of grub!  When the morning rolled around, Bob was already up working on some breakfast burritos.  Bob's going to heaven. For sure. 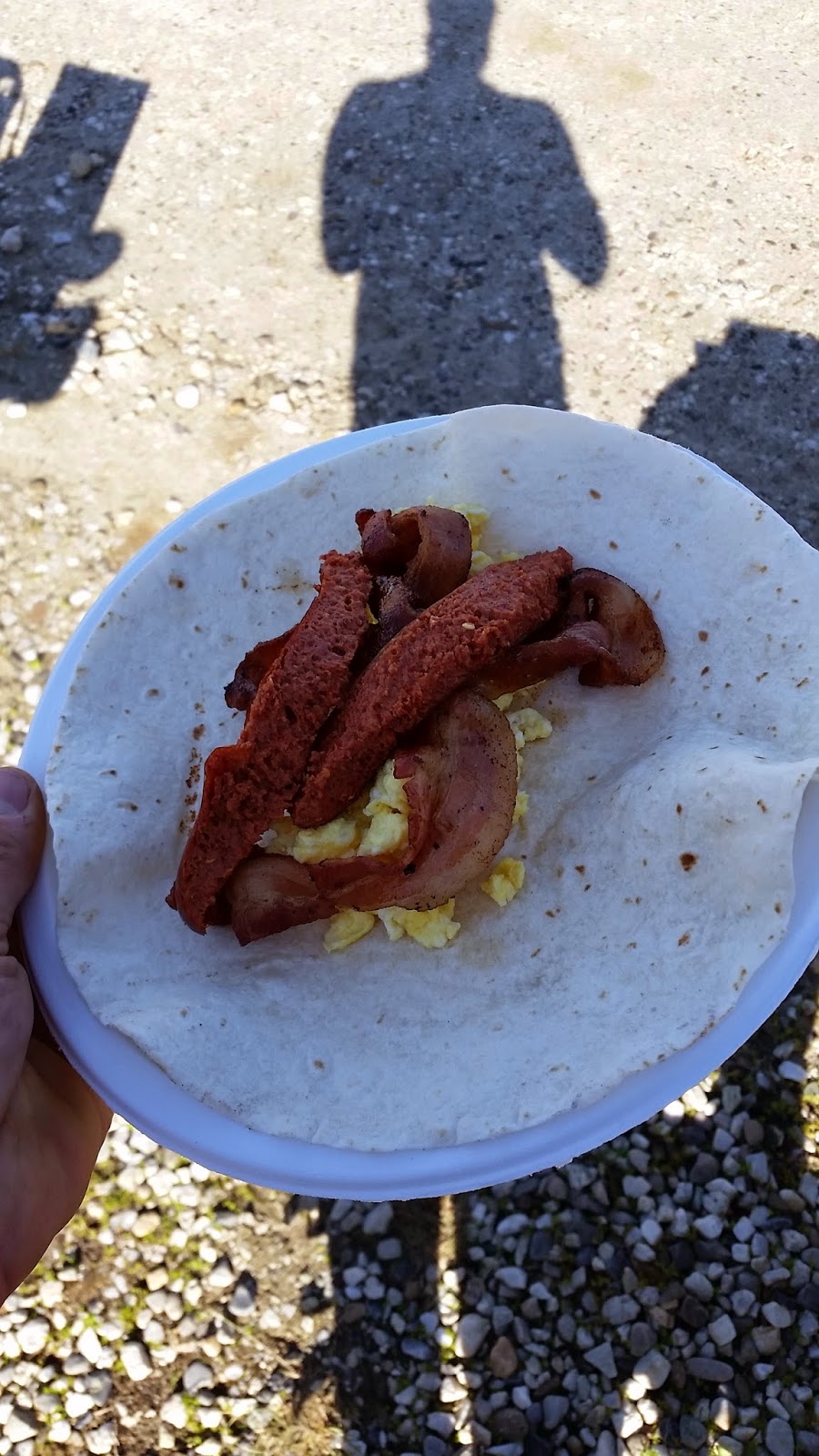 Shortly after we ate breakfast, I spotted something serious.  This lady walked out of her camper with 2 cats.  On a leash!  Seriously?!?  Cats on a leash!!!??? 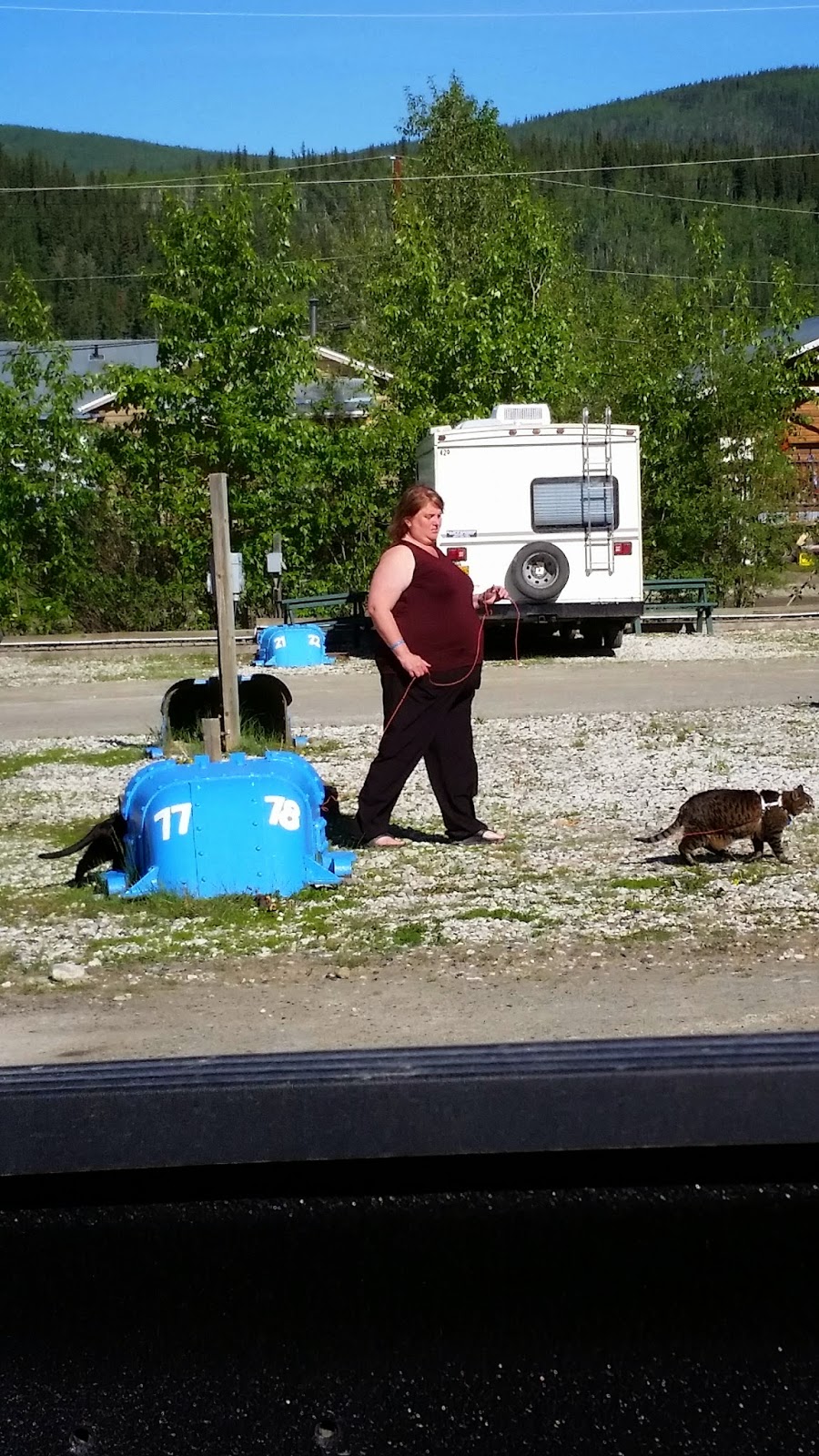 Today was the day of D2D (Dust to Dawson).   It's a big motorcycle gathering in the Yukon Territory in the small town of Dawson City.  I tore the side and top bags off the Multistrada to make it a little lighter and nimble for the poker run motorcycle ride this morning. 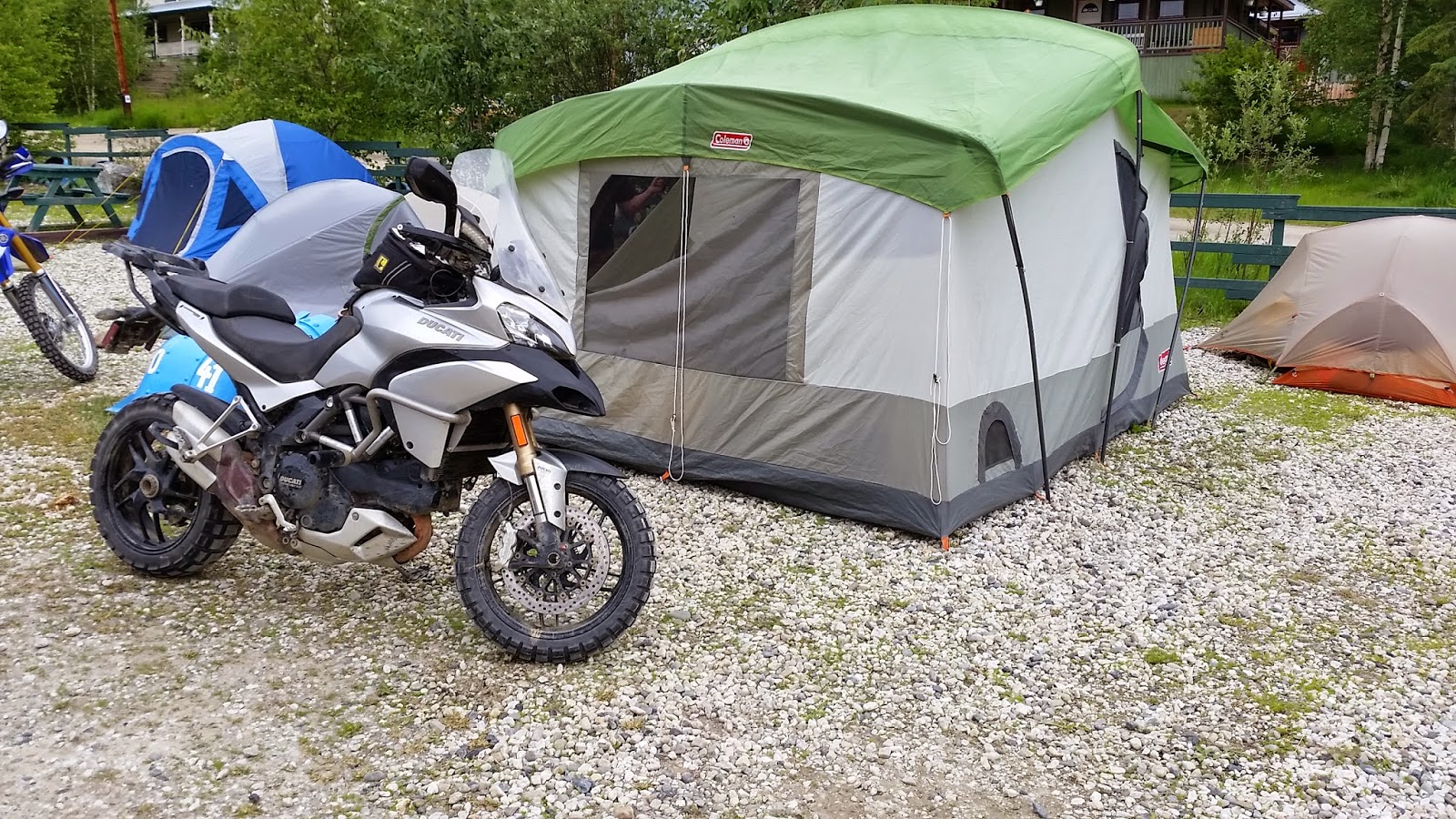 If you've never done a poker run before, the basic idea is you ride a certain distance, stopping at different stops along the way.  At each stop, you pick a card from somebody at that spot.  After picking the card, the person initials your paper hand with what card you picked.  After you make all the stops, you bring your paper with all the initials back to the central location and they see who has the best hand!  Winner usually gets 50% of the pot.  For this one, it was $1,000. 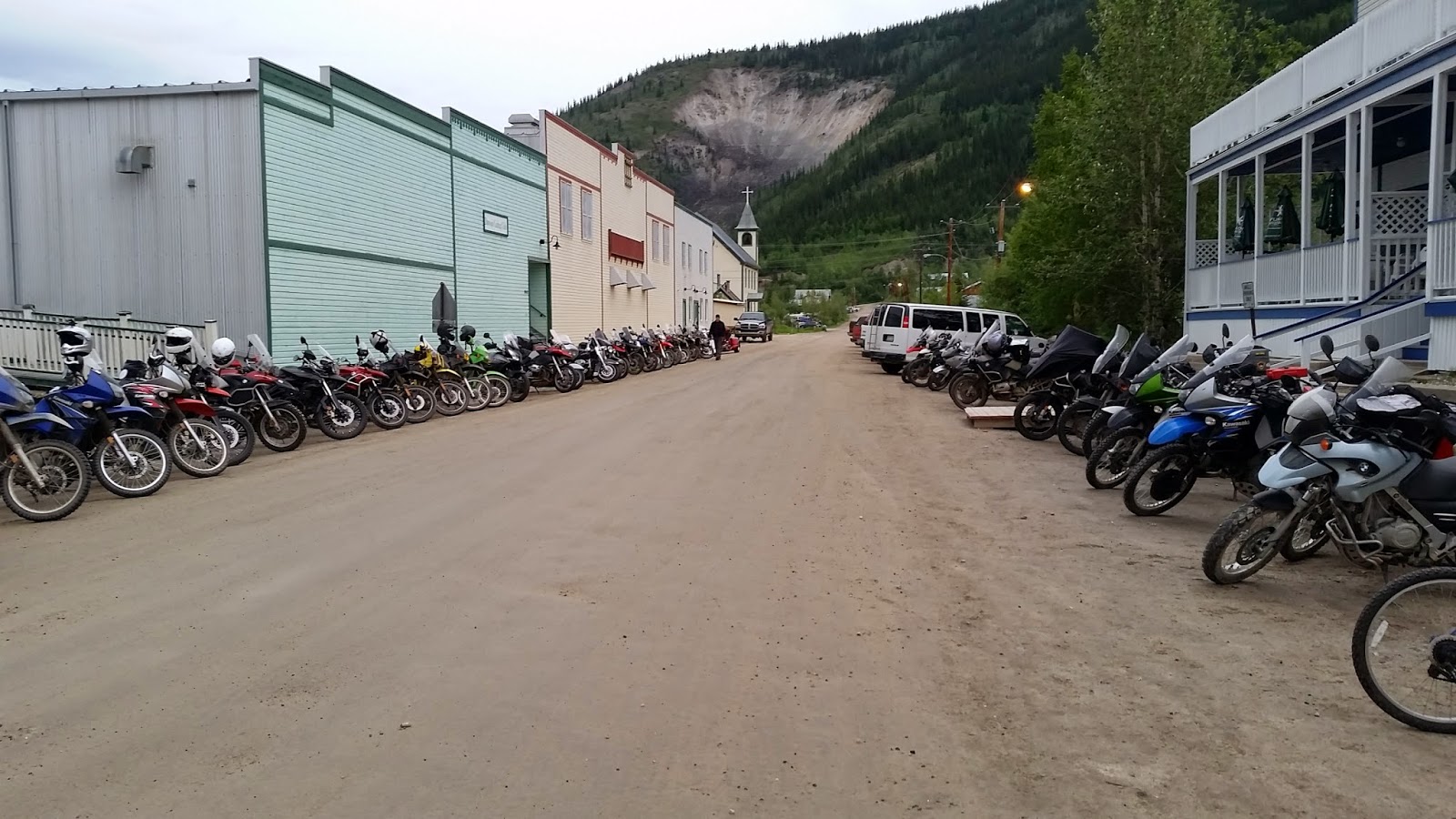 I figured the poker run was going to be mainly pavement with a little bit of the top of the world highway that i came over yesterday....yeah right! 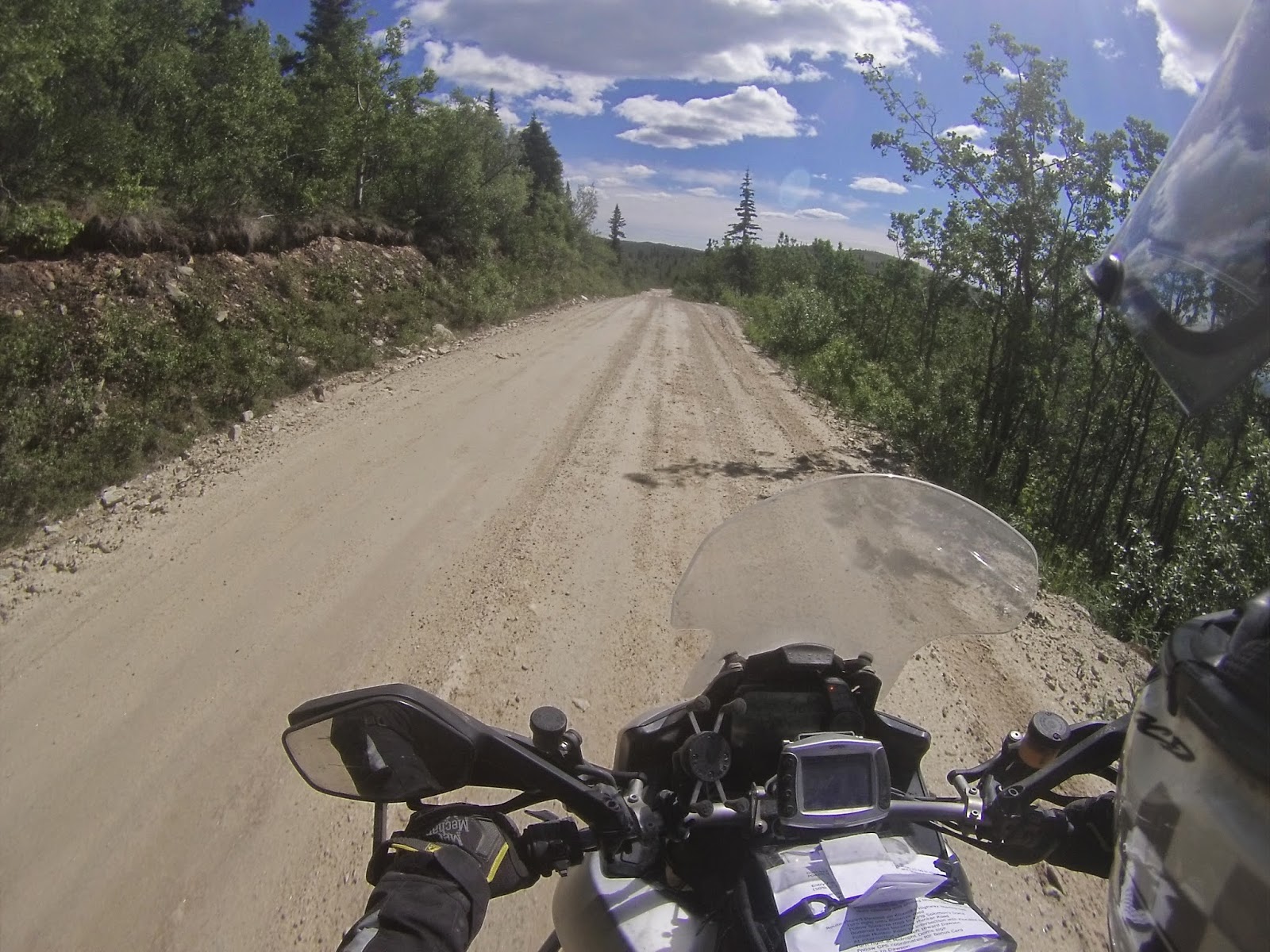 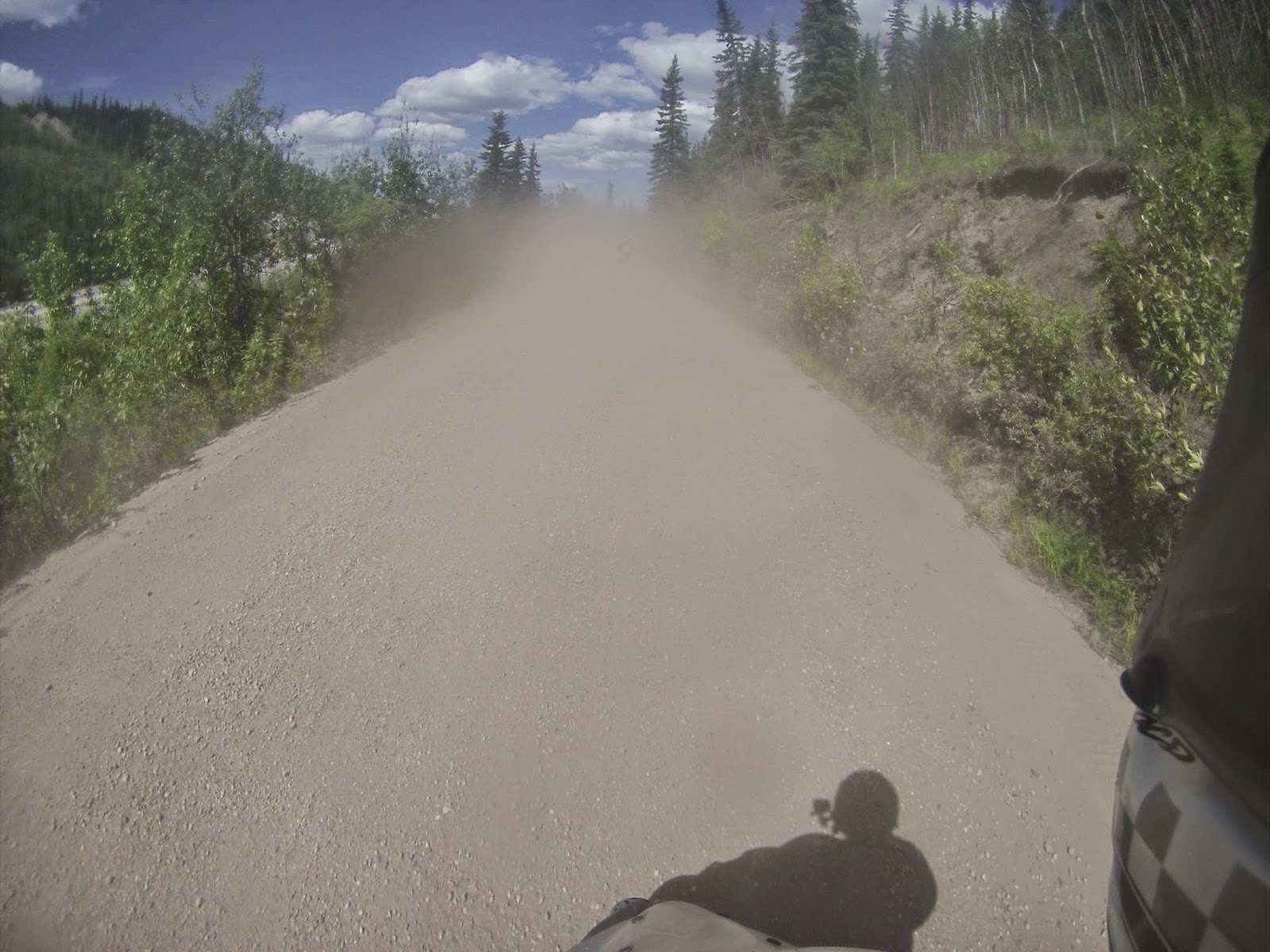 These shots were taken with my GoPro mounted on my helmet.  I was hauling ass on the Multi (for somebody who's never ridden dirt before) and I was riding with the 4 dudes from Iowa that i met back in Coldfoot.  The poker run was 90% dirt, or should i say dust.  It was really dry luckily because if it were wet, it would have been really dangerous.  The views along the poker run were phenomenal.  The guys riding were fun and it was a great time overall.  I really abused the tires since it would have been the last time i really needed the tread to last.  Here's some more pictures of the poker run. 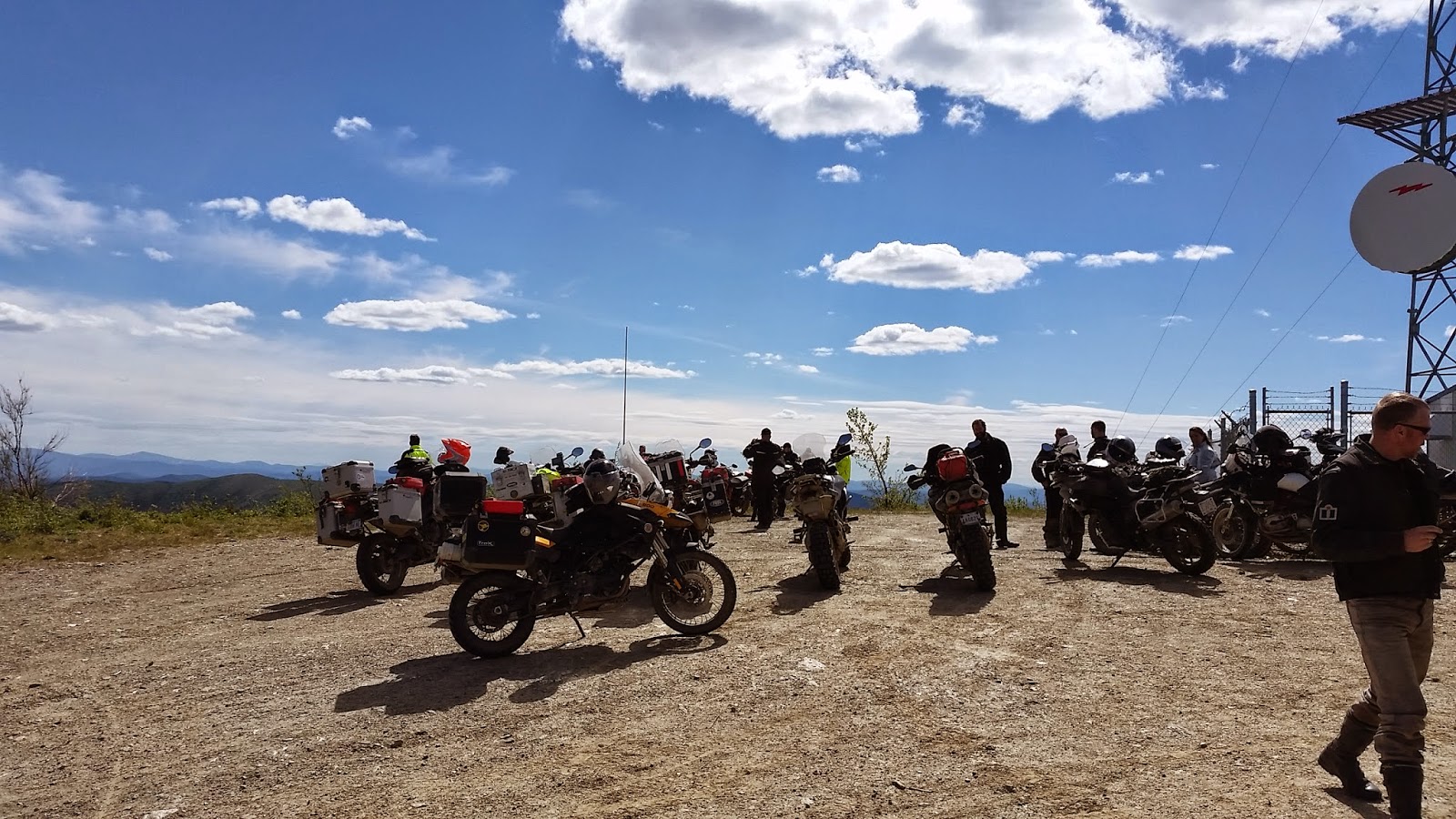 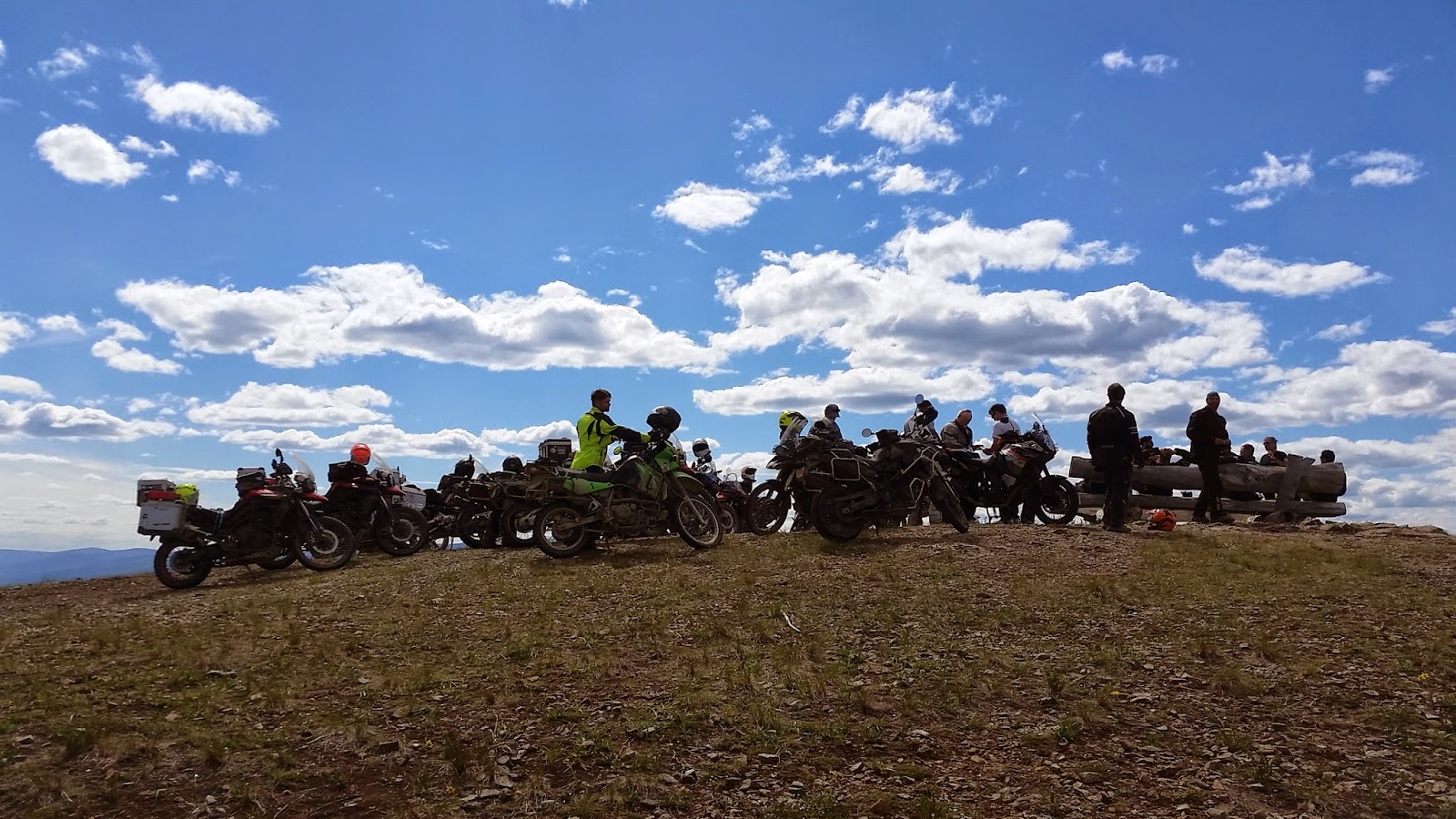 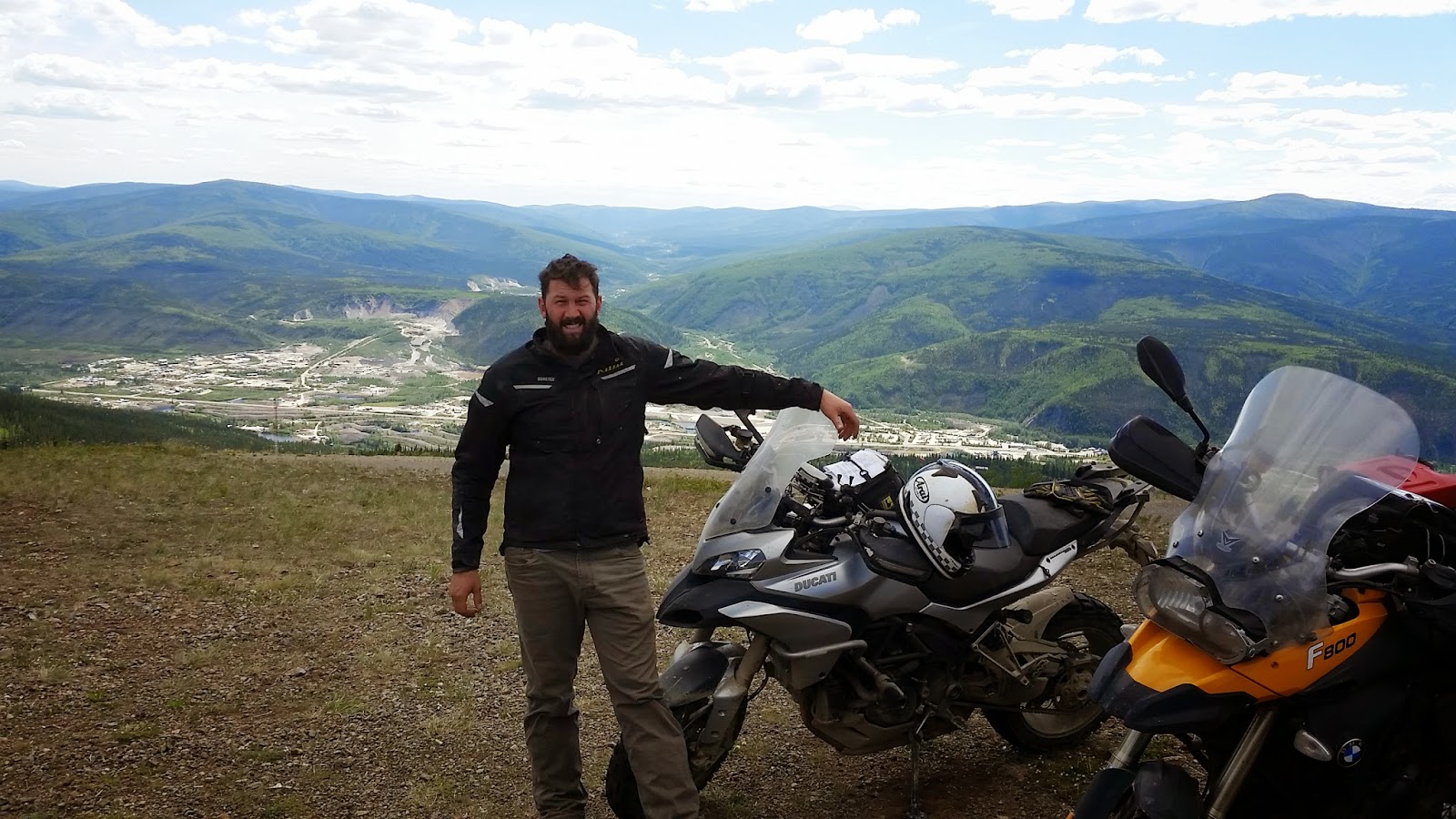 When we left the final stop along the run, I followed the Iowa dudes back to town.  They went up this dirt road (they had the bps's), so i followed.  Sure as shit, it led to nowhere but a steep ass hill!  Straight down.  I looked at them as they went over the top and down the other side.  Screw that shit i said, I'll meet you all at the bottom you bone heads! 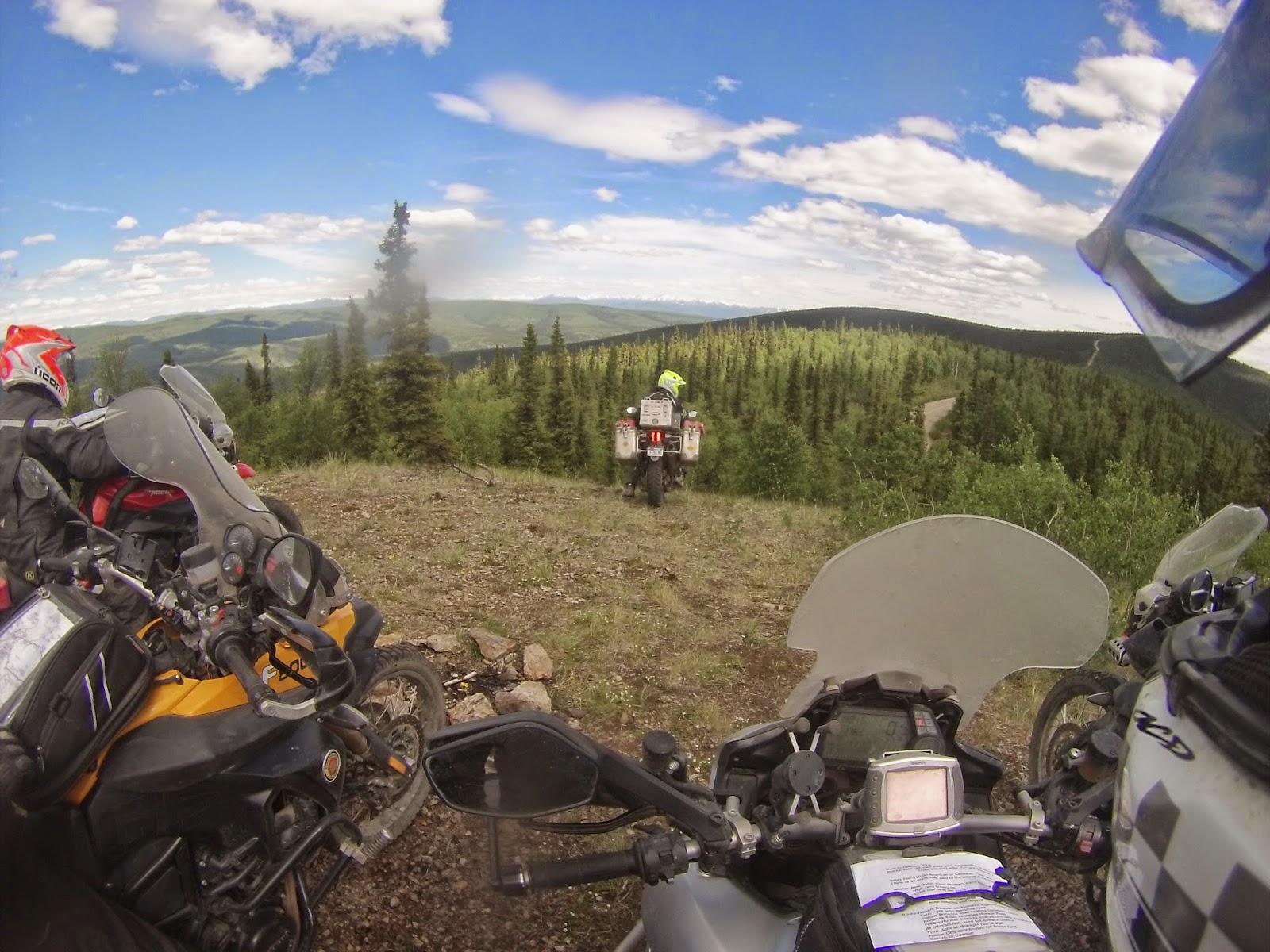 When we got back to town, we had some beers, cleaned up a bit (ok maybe not), and then headed over to the banquet where they auctioned off a bunch of swag, we all ate a steak dinner, and drank some beers.  Here's a picture of Bob and his friend from Anchorage.  They were the ones with the HUGE tent in the first picture.  They were both super nice guys and Bob actually worked in Deadhorse (the town that i drove up the Dalton highway to).  Great meeting them, and hopefully see them again in Alaska! 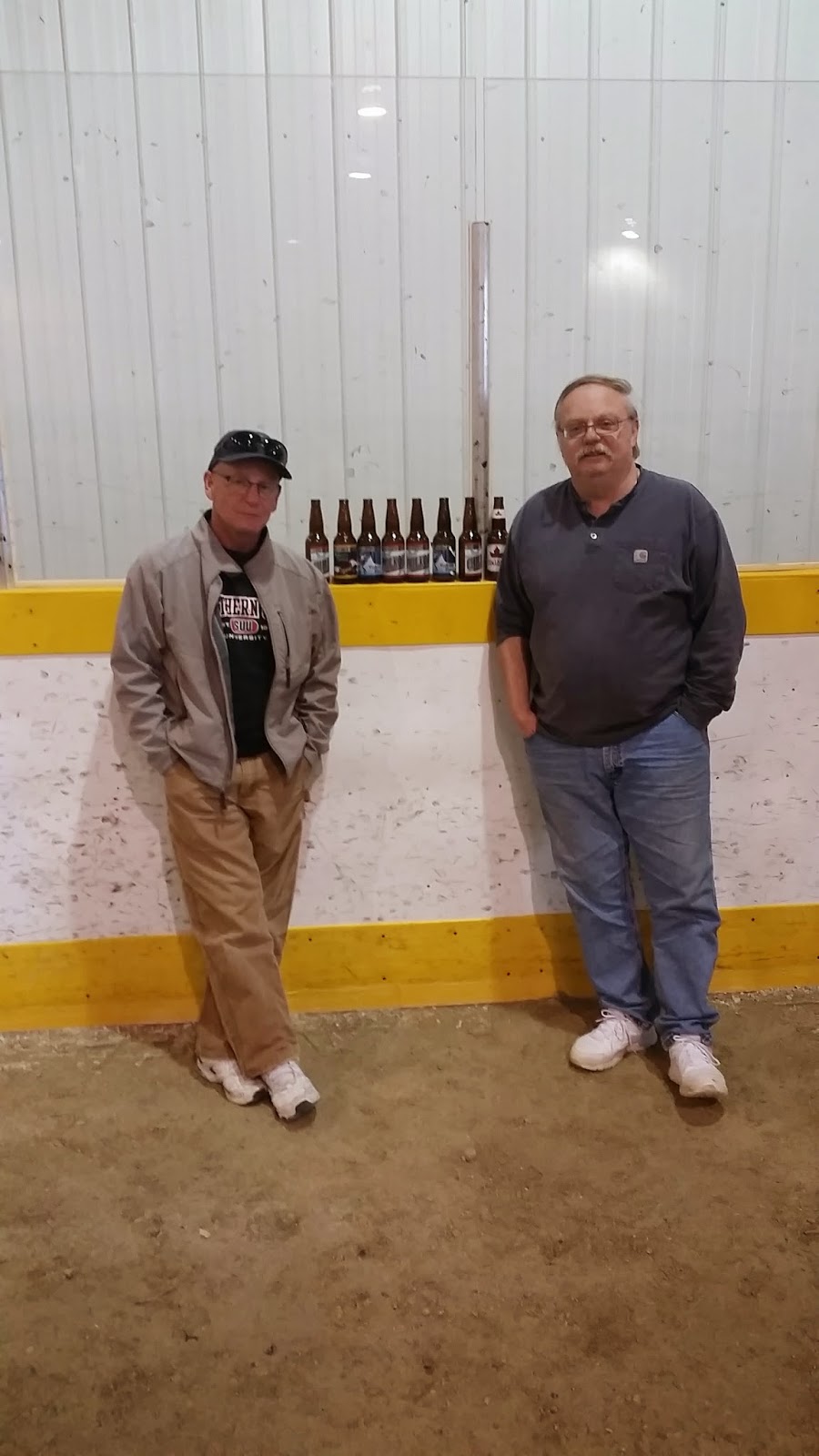 After the banquet, they did some typical bike games like slow races, blind fold games, egg drop and some other weird ones. 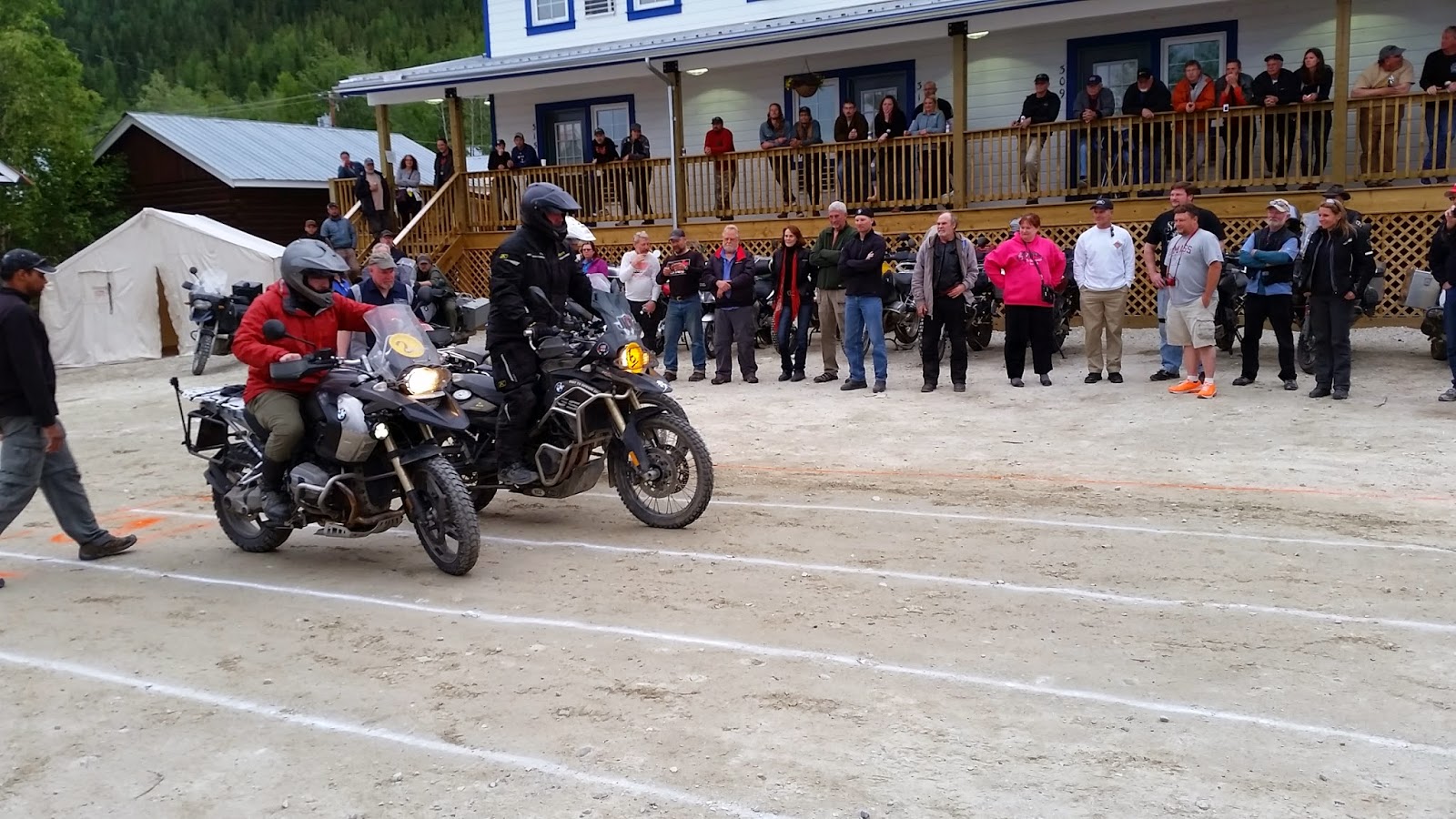 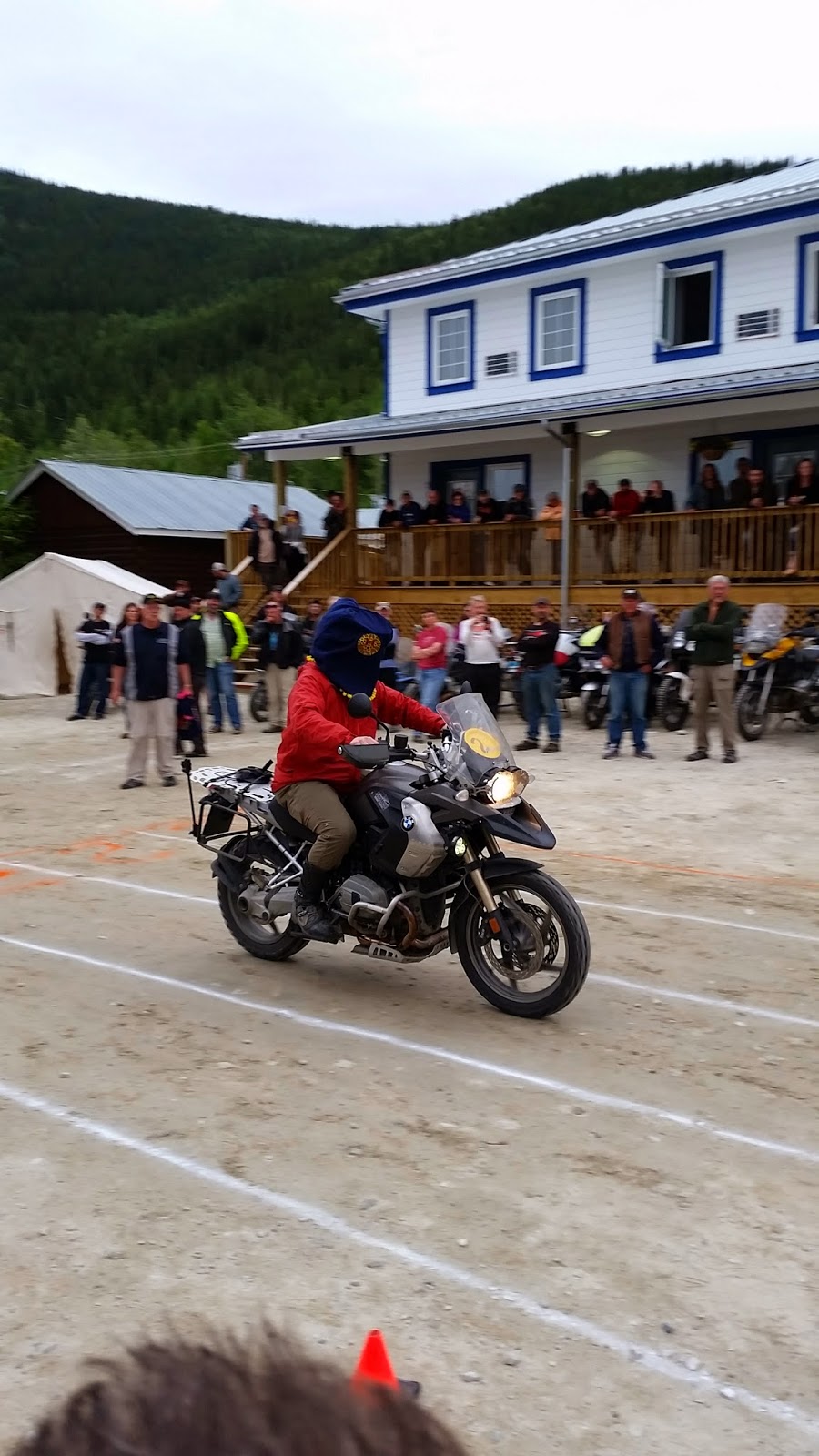 Remember, all these pictures are taken at like 10-11pm at night...

I also went over to the casino to see one of the shows that they have nightly.  It was only 10$ to get in and you can get an unlimited pass to see shows for the entire season. They discouraged pictures during the show, but just pictures 4 young girls dressed very provocatively dancing and singing.  Good thing i said singing, otherwise you'd think i was at some other type of show... 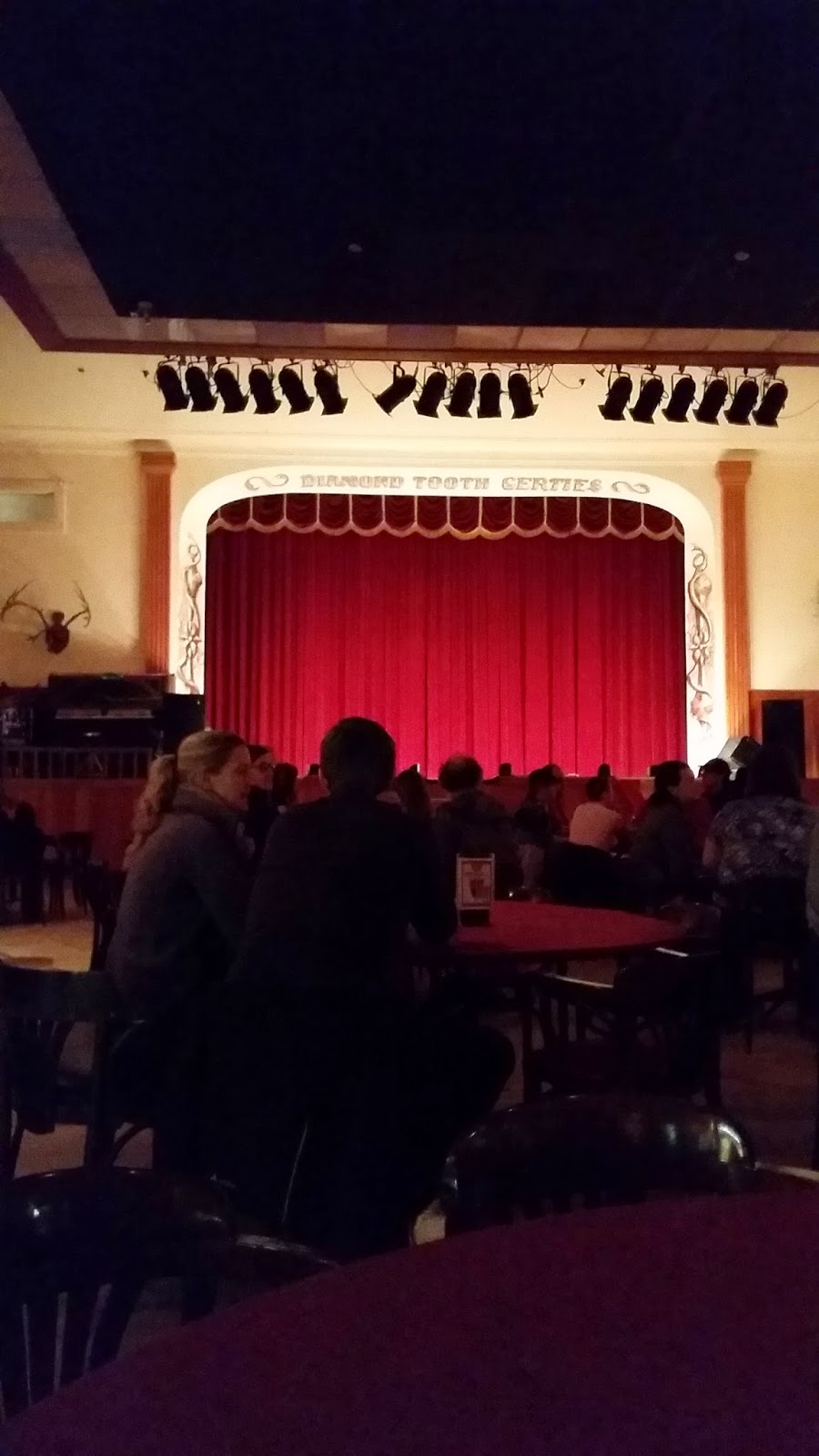 I tried to get to sleep early knowing the next morning i NEEDED to get those TKC tires off before i headed south again.  If i didn't do it tomorrow, I had no idea who or where i would get the tires changed back to street tires.  It was sunday/monday coming up and moto shops aren't open those days.  After that, i'd be in the middle of Canada with bald tires and with my luck, it would probably rain.

In the morning, I'd be headed over to Dick's place.  Yeah, Dick's Place.  Pictures to follow.